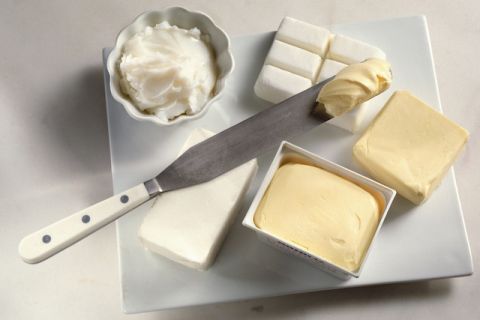 Jason Best has worked for Gourmet and the Natural Resources Defense Council.

“Eat at Joe’s,” the saying goes—but eat at your own risk? The nonprofit public health watchdog group Center for Science in the Public Interest is taking aim at Joe’s Crab Shack, that 130-restaurant casual dining chain that always seems to be desperately trying to project an air of beachside conviviality even as it typically sits as an island unto itself surrounded by a sea of asphalt across from your local shopping mall.

Inside Joe’s, it’s always a vacation, which may explain why the chain has apparently been so lax about following through on its 2007 promise to eliminate trans fat from its menu, according to CSPI. “Joe’s Crab Shack is a nutritional shipwreck of a restaurant chain, ruining expensive seafood with cheap, industrially produced trans fat designed to simulate butter,” the organization’s executive director, Michael F. Jacobson, said in a statement. (You’ve got to hand it to CSPI: They don’t pull their punches in their press releases.)

Indeed, the organization found that several pricey Joe’s Crab Shack menu items contained whopping amounts of trans fat, which has proved so dangerous in study after study that the FDA has finally proposed dropping it from its list of foods that are “generally recognized as safe.” The entrées are specifically cited by CSPI—Joe’s Pasta-laya, Crab Cake Dinner, and Redfish Pontchartrain, as well as Joe’s entire line of over-the-top Steam pots—each, contain as much trans fat as the American Heart Association recommends as the limit for an entire week. The KJ Steampot has a full 25 grams of trans fat.

True, all but the most naive restaurant-goers probably suspect that health benefits of seafood consumption aside, putting away an entire “Lobster Daddy Feast” is likely not all that good for you. Even on the menu the dish looks like more of a stomach-churning dare than it does a legitimate dinner option, like those outsize Texas steaks pictured at truck stops (“Eat it in less than an hour, and it’s free!”). But few might suspect that food that’s not been fried the bejeezus out of could contain such ridiculous levels of trans fat. As the CSPI press release points out, “With Steam pots selling for between $21.49 and $41.99, consumers might expect they’re getting real butter” to dunk their crab legs in—but the seafood extravaganza is served with an unsaturated fat knockoff.

Fast-food chains may garner much of the public ridicule for their contributions to America’s diet woes, which have led to elevated rates of heart disease and the current obesity epidemic. But it’s often casual dining restaurants like Joe’s Crab Shack that are serving up eye-popping amounts of calories, fat, and sodium. Last year, CSPI released its Xtreme Eating Awards, which generated widespread media coverage. It wasn’t McDonald’s and Taco Bell that were the most egregious offenders (though in a separate action, CSPI named Long John Silver’s Big Catch, with 33 grams of trans fat, as the “worst restaurant meal in America”; the chain has since eliminated trans fat from its menu). No, it was placed such as Chili’s, Maggiano’s Little Italy, and the Cheesecake Factory that were tipping the scales with things like a 3,000-calorie shrimp pasta entrée and a single slice of chocolate cake that packed as much saturated fat as eating 15 Ho Hos.

Given the most recent CSPI allegations, Joe’s Crab Shack may want to rethink the little shark icon it uses on its menu to denote popular menu items—it calls them “Killer Choices.”