The first chiropractic adjustment and the power of the body 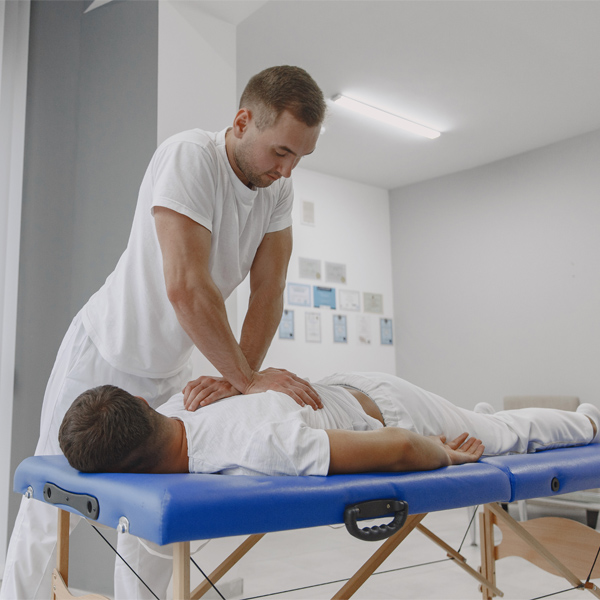 Here is how DD Palmer described the birth of chiropractic and the first adjustment. “Harvey Lillard, a janitor, in the Ryan Block, where I had my office, had been so deaf for 17 years that he could not hear the racket of a wagon on the street or the ticking of a watch. I made an inquiry as to the cause of his deafness and was informed that when he was exerting himself in a cramped, stooping position, he felt something give way in his back and immediately became deaf. An examination showed a vertebra racked from its normal position. I reasoned that if that vertebra was replaced, the man’s hearing should be restored. With this object in view, a half‑hour’s talk persuaded Mr. Lillard to allow me to replace it. I racked it into position by using the spinous process as a lever and soon the man could hear as before. There was nothing ‘accidental’ about this, as it was accomplished with an object in view, and the result expected was obtained. There was nothing ‘crude’ about this adjustment; it was specific, so much so that no Chiropractor has equaled it.”

Chiropractic is so powerful, or rather the body’s ability to heal. When there is no interference it will work perfectly. Who do you know that suffers from pain, hearing loss, vision problems, organ dysfunction. Under the right care and right chiropractic technique, it can be life-changing. If you don’t know what your spine looks like get checked. Call Mercer Island Chiropractic today for a free consultation and exam. (206) 232-6653.